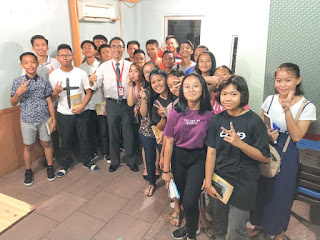 Yesterday I felt I did what I thought the Lord wanted me to do. To teach the young ones, especially those under 20 for they were those who entered into the promised land in the days of Moses. I began teaching young teenagers in the 13s to 17s from Form 1 to Form 5, even one who passed her SPM joined us. Altogether 22 of them, 13 men and 9 girls. Overall I thought I did a good job using my commentary, even some pastors found it hard to read. But I thought them many things how the Gospels came about, the authorship and the uniqueness of John’s Gospel. After exactly one hour I only managed to exegete half a verse of John 1:1.
As this class is on alternate Sundays when I am not preaching, it will take at least until the end of 2021 before we finished or even March 2022 by which time I hope I would have written the second half of the commentary on John 13-21. The number 22 was indeed encouraging with one youth leader leading songs and worship, the room was packed with 24 people with myself included. When God’s Word is taught, God is present and we felt His presence in an incredible manner yesterday. A girl with her mother came up to me after class and asked when the next class would be held and I was encouraged to find out that she benefited from the class and she was only 15 years old.
at March 09, 2020