20 Years or 240 Months of Active Service 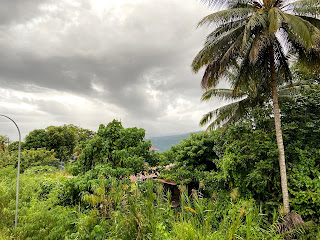 This month I am celebrating the completion of 240 months or 20 years in active service. I entered full-time ministry in December 1994 when I was 30 years old, four months and 5 days old, which means by this December it will be my 26th anniversary in full-time ministry. However, if I deduct the time I took for my post-grad studies and time waiting for the next appointment, it adds up to five and a half years. I waited for 10 months recently before coming into this current pastoral position. When I returned from Singapore I waited for 6 months until 1st January 2015 before taking my position as pastor in Ranau. Then even after stopping as Acting Principal, I waited for one and a half months before being reappointed as lecturer in the Bible College. All in all, I spent 49 months (7 x 7) in Ranau, travelling almost every weekend for more than 3 years up and down the Mount Kinabalu route. My 2nd hand double Cabin Triton had put in a lot of hard miles (60,000kms in 4 years). The journey from one village to another may not be long, for instance from Ranau to Malinsau is only 60kms, but the travel time took more than 2 hours. I spent one fateful night there during the first aftershock of 5.1 Richter scale at 2.30am on 12th June 2015.

Now having completed a full 20 years, I could truly say I have done my time as a priest as priests serve for 20 years from 30 years old to 50 according to Numbers 4:47. My good friend from Singapore out of the blue texted me on 1st Sept and asked whether I had published my memoirs and that he wanted a copy if I had one, and I sent him three copies, two copies of "Departure Points" (the other copy for another church leader whom had kept contact with me over the years) and my commentary on John's Gospel. Looking into my 21st year in active service, I must ask myself what I want to accomplish in the second half of my life. Two-thirds are almost gone and only a third of the time remains. I better complete my John's commentary (13-21 yet to be written) and my longer term project is to translate a new Malay or Bahasa Malaysia Bible because none of the versions have lived up to expectations in terms of elegance, accuracy and readability.  For that I may need to invest in a desktop computer, having last used a desktop 20 years ago when I wrote up my PhD thesis. And that was a long time ago. It goes to show that with the several laptops that I had owned during these 20 years, I have been on the move and mobile hence, laptops are convenient but now I am settled in Kota Kinabalu and will not travel again in the near future.