The Lord's Supper: Private or Corporate? 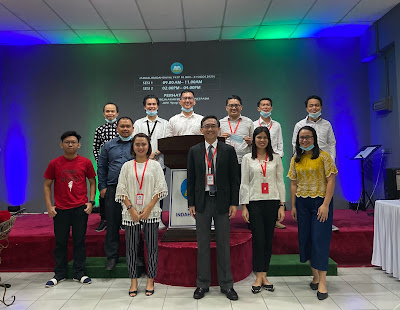 I did not expect to use the word, “stress” in my sermon yesterday. Until noon I was laying down looking up the ceiling, feeling totally exhausted, almost unable to get up. My mind especially was overworked in the weekend. It was the third Sunday back from lockdown and it was our first Communion service. Normally I will take less than 5 mins for a short reflection before the emblems are distributed but yesterday I took 16 mins to explain the text of 1 Cor 11:16-32 which I read out in its entirety. I spoke about the difference meeting as church and having a meal at home as Paul made clear in the beginning and the end of the passage. Twice he advised people to eat dinner before meeting up as church to eat the Lord’s supper. The inference is that the Lords supper is only conducted in a church setting, a meeting of believers, not just a family at home, doing their own thing, taking bread and wine and pretending it to be holy communion.
We need to realise between the profane and the holy, the sacred and the common. I was taken by the word that the Supper is the Lord’s supper (kuriakon) and it is not any other meal or something an individual could do on its own before recognising the Lord’s body. In the Corinthian church many became sick and some even died because they dishonoured the conduct of the Lord’s communion, perhaps not recognising the less fortunate members of the church who came late due to work commitments (many believers were slaves and farmers who worked until sunset) and those who had nothing. I took the whole of 16 mins because during the lockdown people were beginning to do their own thing, taking whatever bread and drinking from the cup without the church being gathered together. Some argued online service is a church gathering and it is far from it. It is a poor substitute because we are just watching on screen and there is no basis to call that church even though we may have agreed to watch it at a particular time with our congregation, but the fact of the matter is that there is no church as there is no gathering of believers in one place. After the Lord’s supper I preached a shorter message and it went for 35 minutes nonetheless, just covering an exposition of four verses from Eph 1:1-4. I repeated that during an afternoon service but took heart that the morning service was almost filled to the capacity under the SOP. I went back at 5pm, had dinner at 9pm and did not feel revitalised until now. Lord strengthen your servant!
at July 13, 2020