Message from the Heavens 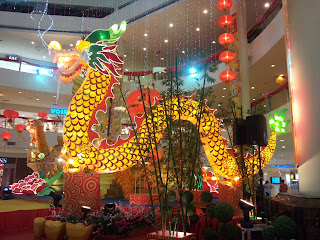 The Year of the Dragon ended and I conducted an End-time seminar on the book of Revelation last week-end in Sabah in the Year of the Snake. It was a whole day seminar from 8:30am to 4:15pm. My home-church organized and hosted the event. It was planned for 200 participants. At the end, 430 people attended the Seminar. Perhaps the news on Friday night had an impact on some who saw how meteorites fell in Russia. See article by David Howell in Brisbane Times.

It was gratifying that more than 250 people came from outside of Kota Kinabalu, some as far as Sandakan and Keningau. Not a few had to travel from their villages and towns from 4am to reach KK on time. I was particularly pleased that about 30 people came from Taginambur, the district where I first began my full-time ministry in 1994. As for me, it was a time of renewing acquaintances. It was the first time in 10 years that I spoke at an event where State-level participants were involved, though my homechurch meant it as a local event and invited only a few other churches in KK. I also preached on Sunday in the main service and it was the first time in 5 years since I left my home-church as pastor that I preached in a Sunday service, though I did preach twice during the Christmas services in 2009. It was not easy for me, having spoken for 8 hours almost non-stop the day before and also not having preached in Bahasa for quite some time. But thanks be to God. I felt I delivered a solid message by the power of the Holy Spirit and I preached for exactly 40 minutes, the time-limit I set for my elders and deacons when I was pastor. I was hoping for an early end to the service but there was a long announcement (plus a mini sermon beside), but it all went well. We dedicated a baby to the Lord and the chairman of the church asked me to pray once for the nation and also the benediction at the end.