Often Christian leaders are hesitant to market and promote themselves and their ministry for the fear of appearing worldly, fame seeking, boasting or trumpeting one's credentials and achievements. I suppose these worldly concerns are real but there is a place where one could market and promote oneself with humility, truth and total transparency. 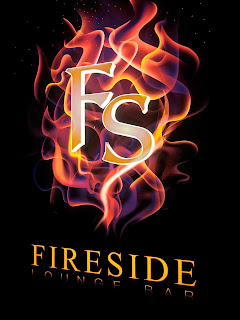 Living in a globalized world now, there is no reason why Christians and Christian institutions should not market and promote their institutions and "products". The caveat is that whatever stated is not an exaggeration or embellishment in anyway but is true factually and verifiable by proofs and track record. Nothing brings a person more into shame than over stating his case even as Paul says, "so that you may not boast beyond what you really see in me."

Thus, writing a bio-data or brief history of my life and ministry is not an easy task. I have been asked often to supply a personal profile and churches over the years even asked for my "updated" profile if any. We need to move with the times and nothing is static. If my achievements and performance are the same as it was 3 or 4 years ago, then I would have not made any progress in my ministry. He who stays still or is settled on their lees does not experience change and they are in for a rude awakening when the Lord shakes up His people for judgment begins in the house of the Lord (1 Pet). As Jesus says of John the Baptist that he was a shining and burning light that burns and people rejoice in his light.

So yesterday I spent 2 hours drafting my brief profile for a Leaders' Retreat of a major denomination in Singapore. I also received news that I needed to update my profile for a Seminar that I shall be conducting for a mega-church in the Klang Valley at the end of next month. MAy God grant me grace to state what He has done in and through me with humility, giving all glory to God for without Him, as Jesus says, "you cannot do anything". I am also comforted by Paul's confidence that "he magnifies his ministry among the Gentiles so that his people, the Jews might be stirred up through jealousy" when they see that Paul is greatly used by the God of Israel who has now sent His Son, Jesus as the Messiah of the Jews and the Lord of all.
at May 22, 2013