After 3 days in Sabah over a long week-end of election fever, I am now feeling exhausted from my travels and exertions. I was not involved in anyway with the election except to cast my vote dutifully as a citizen. I did not attend any political ceramahs/rallies when I was back in Sabah (I attended 2 political rallies in Singapore before the Singapore's GE 2 years ago), nor celebrated or commiserated with winners and losers after the election. On my way to the Kota Kinabalu International airport on Monday, I stopped over for lunch with an old friend. It has been work and more work since Monday night for me in Singapore. After yesterday's final Greek class I had to attend to other duties including marking NT 2 essays and there are many more to grade. 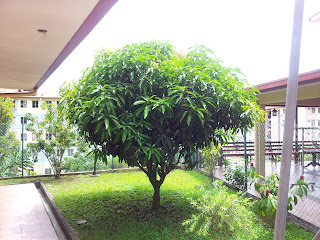 Today a number of students spoke to me about the NT 2 exams on various topics from 1 & 2 Thessalonians to the structure of the book of Revelation.

This afternoon I prepared for tomorrow's Faculty consultation, usually a fairly intense day-long meeting because we discuss many important academic policies and issues.

On Friday, there will be more grading of papers and on Saturday further preparation for a Sunday sermon in a Methodist church. Early this morning I had basically worked out what I wanted to say on Sunday.

I had also thought through the general outline of my 3 talks/sermons for a Leaders' Retreat with a mainline denomination during the September's semester break.

I needed to get advance work done before June as I shall be conducting a major seminar in Klang Valley soon.

Further, I needed the whole month of June to prepare for my new elective offering on the book of Romans which begins in early July, this new academic year.

By the end of July I shall be attending a New Testament Conference in Perth and from mid-August to early November my preaching schedule in churches will resume.
at May 08, 2013