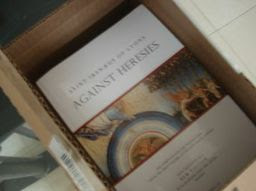 I shall be lecturing on the name of God on Thursday when I turn to Mark's Gospel which records Jesus' recitation of the Shema in Mark 12:29. The name of Israel's God, the sacred four-consonant word, yod he waw he (Yhwh) pronounced by most scholars as Yahweh is probably the most misunderstood name as far as how the New Testament writers' references to the name of God are concerned. First, the NT was written in Greek and secondly when quoting the OT, the authors mainly used the LXX which in most places translates Yhwh as kyrios (Lord).

So we have also in Mark 12, "The Lord says to my Lord" (Psalm 110) almost a tautology if the Hebrew text is not known. The Hebrew MT has "Yahweh says to my Lord (la-adoni). The personal name of God, Yhwh is used as it is used in the majority of Psalms more than Elohim (God). Most times when David praised or prayed to the Lord, he prayed and called upon Yahweh in the Hebrew text of the Psalter. How Jesus is related to Yhwh is the big question - how Christology is related to theology in the New Testament corpus is one unresolved question where several PhD theses could be written. I look forward to my lectures on Mark's Gospel on Thursday and Jesus as a faithful Jew of his time affirmed the Shema, in fact it is the revelation of the name of God and what follows from that as the greatest commandment or commandments of the Law is predicated upon the knowledge and confession of God's name, Yhwh even in the New Testament from the lips of Jesus, the Son of God (Mark 1:1).
at August 20, 2013