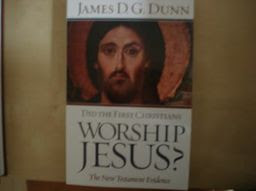 It was intense but it was worthwhile to be at the presence of the Lord whenever two or three are gathered in His Name. Yesterday was our College's Day of Prayer. We prayed for about 1 hour at the most with 4 hours given to 3 sermons, sharing, 2 video clips and one sketch on persecution of Christians and an hour-long Communion service at the end. I was really challenged by the 3 sermons. Today was equally intense. I lectured right until the bell rang and stopped when I just finished on explaining the place of Psalm 110:1, The Lord says to my Lord (MT: neum Yhwh  la-adoni) and why Psalm 110 was a Messianic psalm and how Jesus despite being called the Son of David is greater than king David.

After the class, I rushed home to host my Family Group and it was another intense meeting-cum-fellowship where one member led the discussion on the nature of the Spirit's baptism and how it was related to salvation. From Reformed, conservative evangelicals, Pentecostals and others, we discussed various views and at the end, a majority testified (after being asked by another member) that they could speak in tongues and how that impacted their lives. Interestingly in class, I also looked at Mark 10's passage where Jesus appears to refuse the honour of being called "good" and said that, "none is good except the one, that is, God." (KJV). KJV seems to have the knack of translating the Greek as accurately as any translation which is not surprising given the fact that King James 1 appointed over 50 professors from Oxford and Cambridge Universities to do the translation from the original languages.
at August 22, 2013