Trip to the Tip of Borneo 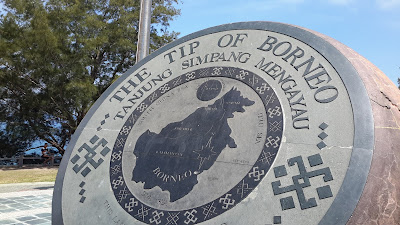 Our trip to Kudat, the northern most city in Sabah and in Borneo as a whole was most eventful. I led a team of nine pastors and four of them took their families to a Retreat in Sorinsim, Kota Marudu and onwards to Kudat for weekend ministry at the SIB Bandar Kudat church. I could not have asked for more as the Lord Jesus led us from start to finish. We had a convoy of 4 cars and usually I had to stop and wait for my colleagues. We had durians on the way to the Retreat centre and the place of retreat is simply ideal with a clean and clear river and beautiful surroundings. We stayed in one big house with 4 rooms and double decked beds. Before reaching Kudat, we stopped by tip of Borneo, Simpang Mengayau. It was my first time there and I was stunned by its beautiful white beaches and seas. 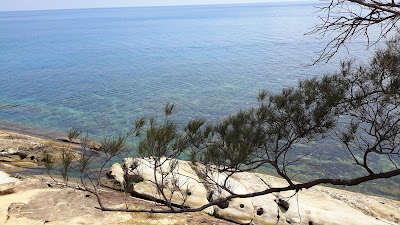 We took many photos and spent an entire hour there. By 12.30pm we reached Kudat and were taken straight to church. After a sumptuous lunch I was asked to conduct the short seminar on end time based on Matthew 24. As most of us rose up before dawn, I was intent on ending the seminar by 4pm and after drinks we reached our place of accommodation at 5pm. We were hosted in a new house of 3 rooms but as there were three married couples with kids and one pastor brought his teenage daughter, so we had a bit of trouble figuring out how to share the rooms. As my colleagues are hardy persons, having grown accustomed to simple living, a few offered to sleep on concrete floors with no mattresses and pillows. At the end I thought we should get a good night rest to prepare for the Sunday service, so four of us proceeded to check into a hotel with twin share. It was a happy arrangement as I told my group that one room would be paid from the Pastors' fund but I would pay for my room. 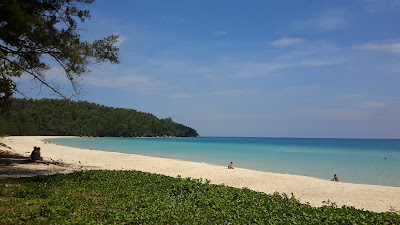 In the evening we had barbecue fellowship in church followed by a short devotions and prayers. Incredibly in that meeting the District Superintendent shared his prayer requests with us and Kudat churches need our prayer support. Out of 19 SIB churches there are 12 pastors and one is on leave pending his departure, so only 11 churches have pastors. Kudat is a large district, the northern district of Sabah covering several main islands off the coast of the city. In terms of manpower for pastors and evangelists, there is huge demand for church staff and workers. The harvest is plentiful but workers are few. We were also told that this Malaysia Day on 16th September, Kudat SIB will hold its nationwide Prayer Summit in the largest hall in town for 3,000 attendees. The organizers expect 1,000 from West Malaysia to make the trip in our National Day Prayer.