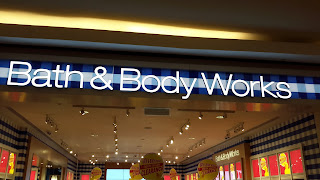 It was good to have a mid-year break for 3 days and 3 nights, the longest I have been in KK since making a move to Ranau 6 months ago. To start the 2nd half of the year reasonably refreshed for battles ahead, since we war not against flesh and blood, but against principalities and forces in dark places in the spiritual realm. Preparing to preach is an act of war itself, battle against laziness and lethargy and battle against the flesh and the mind. The Spirit has to win and conquer the flesh for the flesh profits nothing but the Spirit gives life. On Saturday there will be a full day seminar and I have planned for a guest preacher to take the pulpit so I could rest on Sunday but I was called to preach in an afternoon inter-denominational service in a nearby village. On Monday another family service beckons which I welcome. When church members invite you to their homes, it is a kind of a vote of confidence in their pastor. Pastoring is relentless, and unless I disappear in KK or take a holidays overseas, it will be work and more work.

In the 2nd half of the year,  I will focus of pastoring as I have no teaching duties in College this new Semester. It will be down to the hard grind of pastoral work, preparing candidates for baptism, classes starting next Sunday and I am also meeting those baptised last year for follow up classes to examine how their faith is after their baptism. I hope to hold seminars every alternate month, the next is early September and the last one in November. This is part of Christian education programme though our midweek Wednesday meeting is given to expository preaching from Paul's letter to the Colossians and on one of the Sunday services I am preaching through the Gospel of Matthew, now only half way through ch. 5 in 6 months. My Psalms lectionary is stuck in Psalm 7, though I have preached Psalm 8 early in the year in a meeting of cell group in Muruk district. As for my duties as chair of the pastors' fellowship I will be leading a team to Kudat, northern most city in Sabah which I have yet to visit.  In August if all goes well, I will conduct a leadership seminar in Tawau 2nd week of August followed by three nights of revival meetings in Nahaba, a north west district at the end of August.
at July 02, 2015