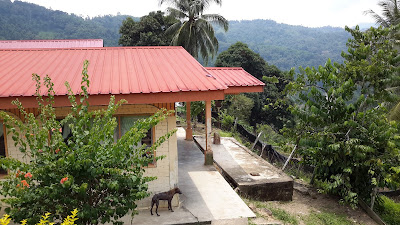 I didn't realize that last night I had preached my 4th sermon in 4 days. It was the last thing that I wanted to do after a 4-hour trip to 5 villages followed by a joint meeting for the whole night prayer meeting from 5pm to 7pm. I rushed home to take a shower and by 7.45pm I was back in church to start the Wednesday evening service. I am glad that the song leader was anointed last night and it made the difference. I sensed an empowering of the Lord as I worshipped and the word of the Lord that came to me was "The joy of the Lord is our strength" (Nehemiah). I was refreshed in the presence of the Lord. I spoke powerfully for 30 minutes on Unity in Prayer and Leadership based on Acts 1. Our church is in the process of renting a larger space to cater for growth in numbers, but there are times that I felt I was all alone in leading and getting things done, hence the call for leaders to buck up and unite in prayers. My trip to these 5 villages yesterday was a welcome break from the grind of sermon preparation though even while driving it was never far from my mind about what I was going to preach. 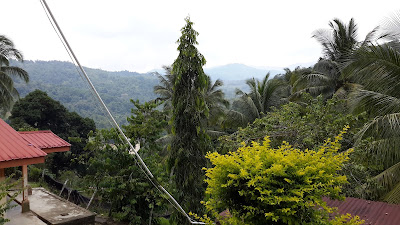 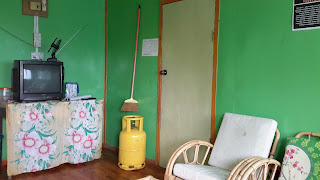 Even now I am thinking of what I am going to preach tomorrow in our Friday's cell group. The trip to these 5 villages linked by a road of less than 40 kms but actual travel time was probably just under 2 hours. Some parts of the way were difficult terrains, up and down, rocky and filled with big pot holes. I am not surprised that my good friend and fellow pastor told me that he fell off his bike 3 times and he said twice he failed to navigate through the rocks and crashed. Thank God his worst injuries were only scratches but no broken bones.

We made several stops on the way and managed to fellowship with four pastors (photo, a typical pastor's house in the village). There was only one church that we made a brief stop and handed over the letter without tarrying as we wanted to get back to Ranau by 1pm. One pastor had gone out to tap rubber which is one of the more accepted ways of a pastor earning a bit of side income on top of his monthly salary. Even now our denomination is still debating whether the pastor's pay should be labelled as "allowance" (elaun) or "salary/wage" (gaji). Well I had spoken several times that in the NT Greek, the word for pay or wage "misthos" (Luke 10:7) or "time"  (1 Tim 5:17). In the former, Jesus said, "a labourer is worthy of his wages" (Luke) and in the latter, Paul the apostle pronounced that an elder who labours in preaching and teaching and one who rules well is worthy of double honour", the word "honour" here in English comes from Greek, time which could mean not just verbal praise or worthiness but financial remuneration for work done. 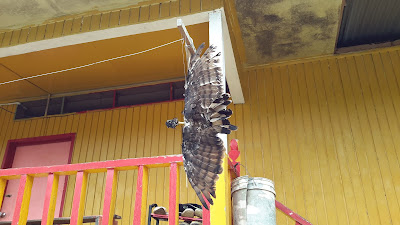