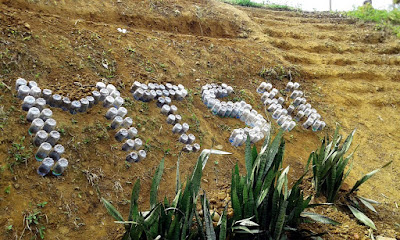 Tomorrow I will start to lecture on the prophet Zechariah after spending 3 hours on Haggai last week. Zechariah is one of favourite prophets if only for its influence on the book of Revelation. I discussed in detail chapter 4 of Zechariah in my monograph on the identity of the two witnesses of Rev 11. The two olive trees and the lampstand in Zechariah 4 is a major influence on John's depiction of the two witnesses. Having bought Lena-Sofia Tiemeyers book, Zechariah and his visions (T & T Clark, 2015) and heard her in person in Seoul during the SBL last July I have been reading it consistently and tried to read page by page and right now until the fifth vision of Zechariah of the lampstand and its two olive trees on its sides, one on its left and the other on its right. Last month I received a surprise email from an author who told me that he had read my book a dozen times, at least once every month. I am not sure whether to believe it or not since I have not read it for at least 2 or 3 years now. The last time I read my own book in some detail was in late 2013 when I taught Revelation for the last time in Trinity Theological College before returning to Sabah the following year. So I am re reading my book once more and photocopied 6 pages from 220 to 225 on Zechariah's influence on Rev 11. But I will have to translate it to Malay as I lecture since only one or two students out of 33 3rd year students could understand English well.
I praise You for your greatness in helping me to write such a thesis which has since been quoted and debated in many recent published commentaries including Koester's Anchor Bible commentary on Revelation (2014) and also Paul Rainbow's Johannine Theology (2014). When I bought Rainbow's book last June I did not realize my book was cited  but I had designated it as my textbook on the theology of John which I thought I would teach before events overtook my appointment and the 2 months of waiting for my new appointment. I came back to the College mid Semester which in itself a miracle I dared not dream about.  At that time only a couple of students could share my joys. They had prayed fervently that I returned to College. If only 2 or 3 believe in you, on most occasions that is more than enough for God does not need numbers, He could use the few for when 2 or 3 are gathered in his name and ask in prayer there GOD is in their midst and will answer their prayers in Jesus' name.
at September 29, 2016