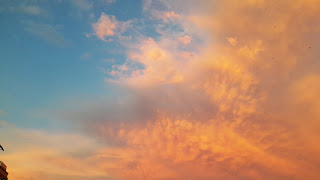 I am entitled to 35 days annual leave but I have only taken 2 days off thus far. I am planning for a mid-year break in early June for 4 or 5 days of leave. If it happens it will be the first Sunday I will miss in church. It is hard for the pastor to leave the church even for one Sunday. 80% of the church members see their pastor only on the Sunday despite on Wednesday service we get 40 or more adults coming to the mid-week service. But that pales with the number of Sunday attendees which exceed 300 adults for 2 services. Even with the occasional encouragement from the pulpit to attend other weekly services the numbers are still discouraging. Last night most who came were leaders and we thank God for a new member and his daughter coming to the Wednesday night service. I hope my preaching was to good effect and did not turn people off. It was not easy preaching on Colossians with Greek phrases like body of flesh and circumcision of Christ which need further explication.
I doubt any of the early apostles could have written something like Paul's Colossians which exhibits good literary Greek, koine Greek no doubt but still good literary Greek which Paul with his educational background in Tarsus, a diaspora Jew who knew Greek well was trained to do. Perhaps in his early teens or earlier Paul went to Jerusalem and commenced his Pharisaic training under Gamiliel but even in Jerusalem Greek was prevalent as argued by Martin Hengel several decades ago. You have in Paul a true bilingual with equal felicity in Hebrew and Greek which came in very handy as the apostle to the Gentiles in a largely Greek world though Rome took over as superpower a century before Paul became apostle. Like today unless you know English well and perhaps another local language, then it will be difficult to move about in ministry because the Gospel has to be preached in a language understood by the masses.
at May 21, 2015