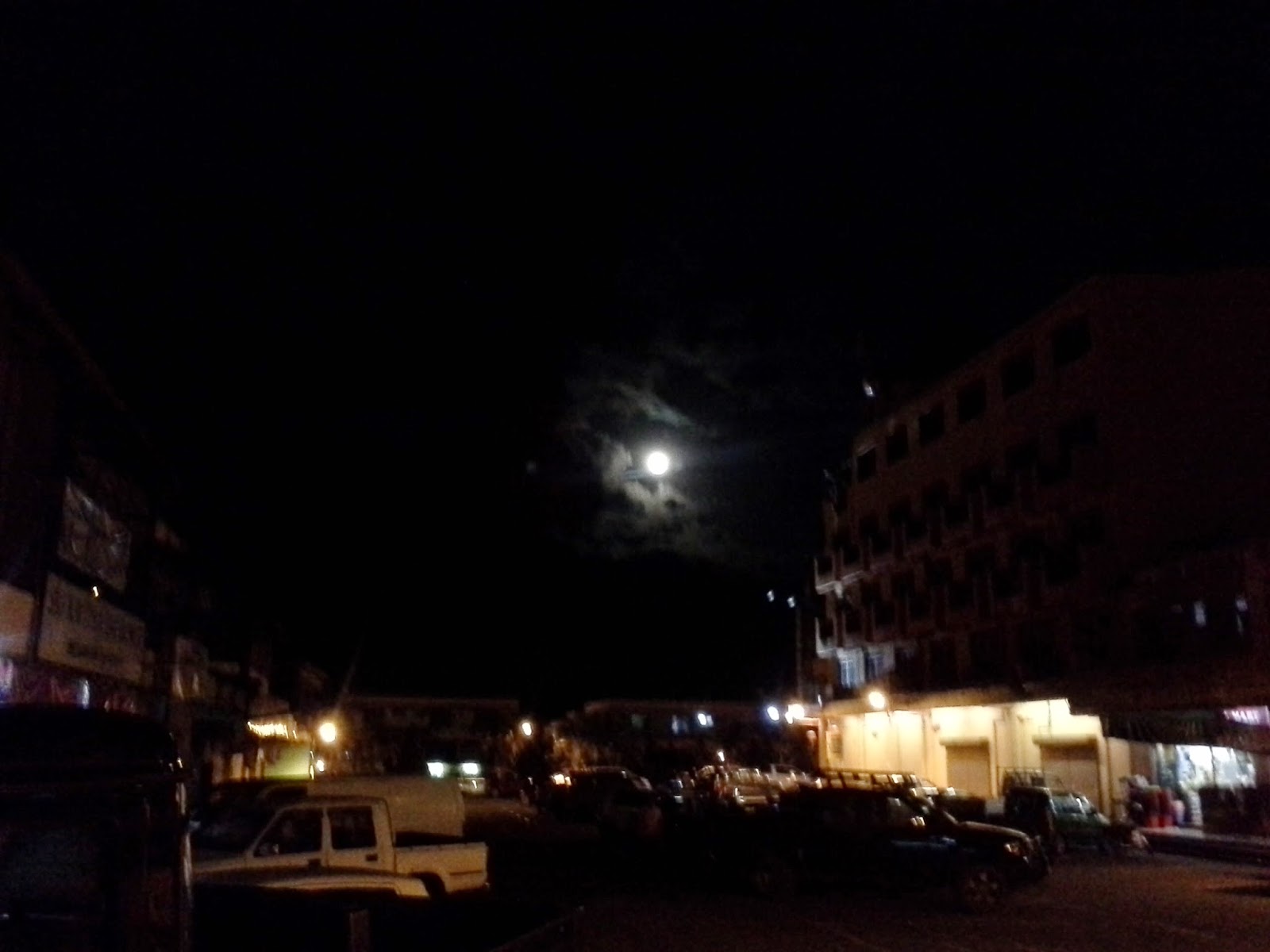 I found myself running on the overdrive for 11 weeks and suddenly I eased off and have little to do this week except for one sermon outside my church in a nearby village this Sunday and meeting the youth leaders of my church this Saturday. The full moon has long passed and the new moon (solar eclipse) is upon the earth. Last night a deacon preached a 15 min sermon on 1 Pet 2,7 "Have respect for all men, love the brothers, fear the Lord and honour the king." As it is our prayer month I led prayers after the sermon for the nation's security forces, the army and the Royal Police force. It is not easy praying for the police when everything in the country seems to be politicised, from the arrest of several prominent opposition leaders for sedition and many other issues besides. But pray we should, for according to 1 Tim 2 that we need to uphold our nation's leaders and those in authority at all times especially in these challenging times.
This morning over breakfast I met a senior church leader who told me that he had me in mind when he prayed and that was encouraging to know. After more than 15 years we were reaquainted during the Prayer Conference in KK recently and today I found out he was a chairman of a local church in the Ranau district. I also bumped into some old FGB men from KK helping to run a School camp in another Ranau church. I actually dropped by upon invitation and saw about 250 students worshipping but when they sang lets rock and roll and danced to the beat, I said goodbye to my friends and left the place. I am still uneasy about certain Christian songs that focus more on fun and the people rather than on God. But I tried not to judge and let the youths have their day in the sun. And if they really know whom they worship they will find themselves in the Son, the Beloved. Lord draw us into your love for everything pales into the shadow when you shine the light of your love on us.
at March 19, 2015