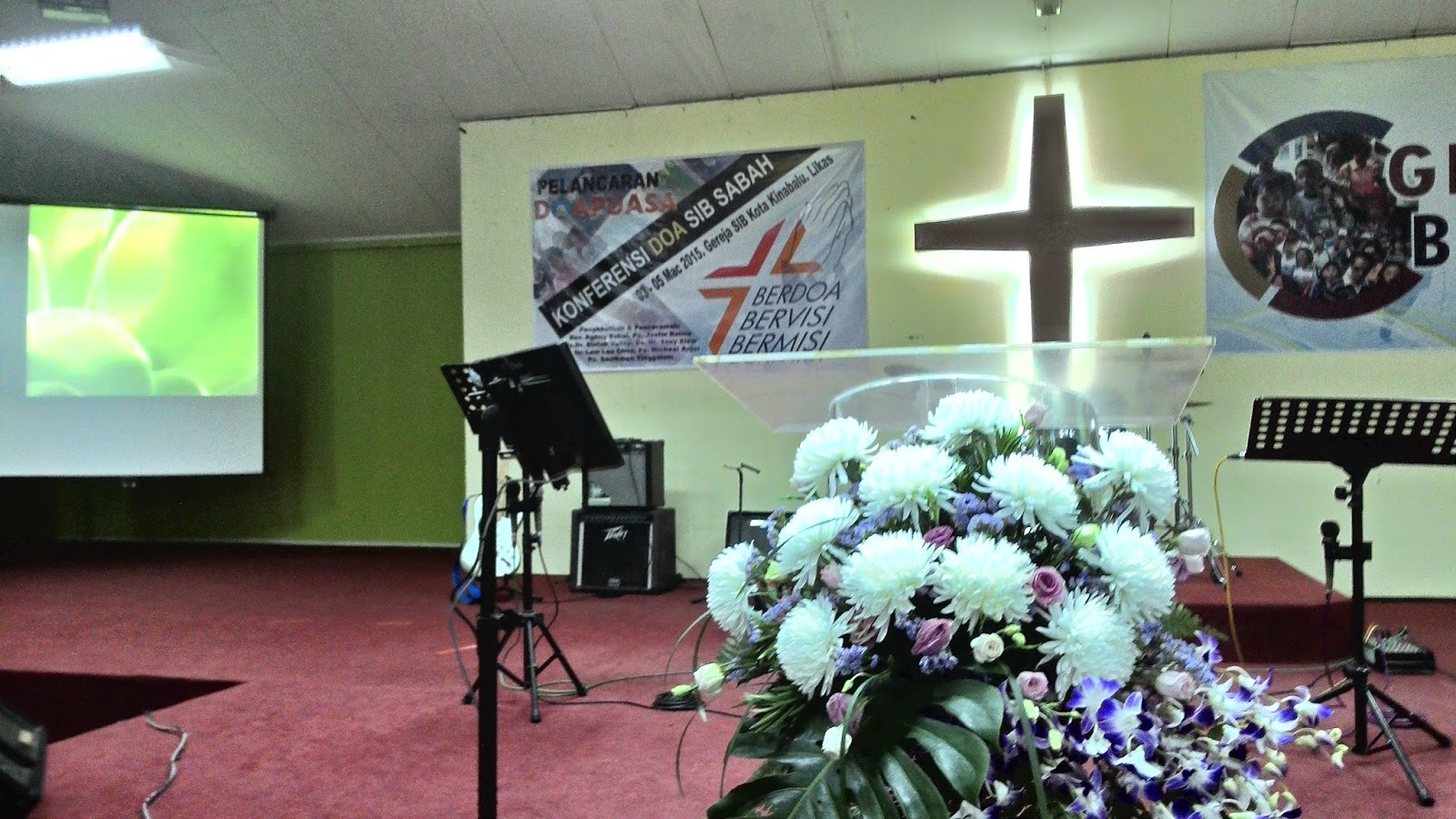 It was intense. I slept the whole afternoon yesterday, recuperating from the just concluded Prayer Conference. I woke up at 3.30am each morning to pray for an hour before attending the 5am dawn prayers for another hour of prayers. I went to the Conference with mixed feelings. I was just back in KK last week and I did not want to make another trip. The Prayer coordinator in the HQ is a good friend. It was mostly because wanting to support him that I went. He called me 3 weeks ago and asked me whether I could speak at the 2nd and final night of the Conference. I did not expect a large turnout as the notice for the Conference came late. Many pastors were saying they could not get leave from the church to attend the Conference. Normally, pastors would ask the elders for leave and if approved there would be a travel allowance given. I told my elders verbally and when I chaired the elders' meeting last Sunday I did not receive the notice until after the meeting via a fax. I wonder with modern communication with smartphones and emails why contacts were so difficult to make. The first session at night was the launch of our Prayer and Fasting month until Easter Sunday. We don't normally keep Lent, not in our tradition but it is good that there is one whole month of prayer. There is a booklet with set prayers and again we were asked to take back and sell to our church members for RM2.00 a copy, but it is way too late. The booklets should have been out at least one month before the prayer month. At the end, only 189 pastors turned up out of 362 pastors, slightly over 50%. The night meetings saw 400 adults each night but the turnout could be better since there are 30 SIB churches in KK. Last Christmas we had about 800 people crammed into the church, perhaps a free Christmas lunch was the attraction. But the low turnout was probably due to Conference fatigue.
This was the 2nd conference of the year and there will be the men's Conference at the end of April, women's early June, Pastors' Conference in August, Youths in Sept and the AGM where we elect our top leaders in November. But this Prayer Conference was a highlight in many ways, no least the two dawn prayer meetings (about 100 attended) where prophecies, visions were shared. One pastor shared a vision that he saw the Sabah map green in colour, later white as snow covered with clouds (I saw that this morning in the valleys of the plains). One pastor shared about the role of trumpets in prayer and worship and cited Rev 1 where John said he heard a voice like a trumpet sound (interesting).

The first morning session was led by SIB KL. The senior pastor's wife came and she is the lead prayer intercessor in her church and it was powerful sharing and her Malay was pretty impressive with Semenanjung slang (forgiven for that). She was ably assisted by 2 sisters and a brother and I was a little envious. I have been praying that I needed one or two companions in ministry. I had to do everything on my own including making sure my slides worked 30 minutes before I spoke. But when I spoke the 3 SIB KL members were there and for their sake I used a bit more English than usual. Even my wife commented why I used English but I said it was not just for the guests' sake but for SIB pastors who needed to pick up English if only to read theological books for their spiritual growth. I used a long quote from Soren Kiergaard, originally in Danish but I read out the English translation before reading in Malay. Overall, 95% of my preaching was in Malay. And the Spirit was present and everyone present knew the Lord spoke whether they agreed with me or not.
at March 06, 2015